DURHAM – Richard D. Sloan, 75, of Durham died Wednesday, November 19, 2014. A native of New York, Richard was the son of the late Paul Sloan and Mary Cain Sloan. He enlisted in the US Navy at age 17, serving for seven years, earning two good conduct medals and an armed forces expeditionary medal. Upon leaving the Navy, Richard went to work for IBM in Kingston, NY where he worked in hardware and helped pioneer the once-popular token ring networking. His career brought him to North Carolina END_OF_DOCUMENT_TOKEN_TO_BE_REPLACED 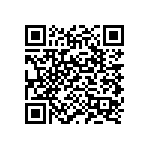