CARY – Suzanne Blackwell David Frizzell, 67, beloved mother, sister, and aunt, passed away at UNC Hospitals of Nonspecific Interstitial Pneumonitis on Tuesday, August 14, 2018. Suzanne was born in Tacoma, Washington, the daughter of the late John Lewis David II and the late Bettie Truly Blackwell David. Suzanne attended Clinton High School in Clinton, New York, and was looking forward to attending her 50th high school reunion this fall. Suzanne graduated from North Texas State University and established her career in Denver, Colorado. She lived and worked for many years in the Denver area, then moved to Rexford, NY in 2003. She spent three years as the primary care-giver to her aging mother Bettie, who died in 2015. After her retirement in 2016, Suzanne moved to the Raleigh area in North Carolina to live close to friends and family. Suzanne loved kids, animals, traveling, celebrating holidays, and going to see live music, and her whole family and her wide circle of friends can bear witness to her kindness and generosity.
Suzanne is survived by her children, Dr. Amanda French of Cary, NC and Sam Frizzell of Reno, Nevada., as well as Sam’s spouse Jasen Brooks of Reno, Nevada. Suzanne is also survived by her brothers and sisters John L. David and his wife Karen of Tucson, Arizona, Robert W. David and his wife Kathleen of Evergreen, Colorado; Mary E. David Hafer and her husband Jack of Richmond, Virginia, and Alice D. David of Norwood, New York. Two siblings predeceased her: Bettie Lowry David and Robinson Devereux David.
In addition, Suzanne is survived by her nieces and nephews Julia Collins Singler, Lowry Collins Early, Suzanne Collins, Jeremy David, Lindsey David, James Bridges, Caitlin Bridges, Gabriel Thomas, and Joshua King, as well as by several great-nieces and great-nephews. She is also survived by an extended family of Blackwell cousins.
A graveside service and urn burial will be held at the Blackwell / David family plot in Hollywood Cemetery in Richmond, Virginia on September 15, 2018, at 2pm. A reception will be held afterward at a place to be announced at the service.
The family requests that, in lieu of flowers, donations be made in Suzanne’s name to the ACLU, to the Pulmonary Fibrosis Foundation, to the American Lung Association, or to the Raleigh-area organization Best Friends Pet Adoption. Messages of condolence may be added to Suzanne’s online obituary at http://www.hallwynne.com/.

Offer Condolence for the family of Suzanne Blackwell David Frizzell 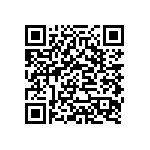