Dr. Suydam Osterhout, MD, PhD, age 85, beloved husband, father and grandfather, passed into the comfort and peace of our Lord on September 14, 2011 from complications of pancreatic cancer. He was the son of the late Howard and Edna Davison Osterhout and predeceased by his sister, Miriam Rosengarten.

He was a 1945 graduate of Princeton University and received his MD from Duke in 1949. He served his country from 1951-1953 as a Captain in the US Air Force medical corps as flight surgeon. He joined the Duke Medical Center House staff where he became Chief Resident in Medicine in 1955-56. Upon earning his Ph.D. in Microbiology from the Rockefeller Institute in 1959, he was appointed professor of Medicine and Microbiology and became full professor in 1972. While at Duke, he was the Associate Dean of Admissions for the Medical School for 21 years. During his career, he received various awards and honors including the Hanes Fellow in Bacteriology, the Markle Scholar in Medicine and a NIH Career Development Award. He was recognized for his teaching by receiving the first Thomas Kinney award for excellence in teaching at Duke Medical School. He retired Professor Emeritus from Duke Medical School in 1991. He will be remembered for his gifted storytelling, good humor and sharp wit. Syd and Shirley were avid Duke Fans, enjoyed family vacations at Pawleys Island, reading history and traveling during retirement. For the past several years Syd was a loving and devoted caregiver to his wife.

Memorial contributions may be made to the Alzheimer’s Association, 3737 Glenwood Ave, Suite 100, Raleigh, NC 27612

Offer Condolence for the family of Suydam Osterhout 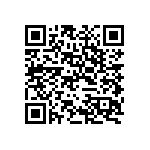