Susan Treis Maddry, 66, died Thursday, July 30, 2015, at her home surrounded by her loving family. She was born January 24, 1949 in West Palm Beach, Florida, to the late Charles Joseph Treis Jr. and Dorothy Allen Treis. She lived her childhood in Miami, FL until she enlisted in the US Marine Corp in 1967 and later moved to Durham with her husband.

Offer Condolence for the family of Susan Treis Maddry 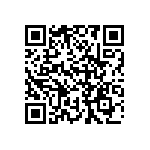