Survivors include two sons, Joe Kramer of Pittsboro, and Leonard Kramer of Texas; seven grandchildren; and five great-grandchildren. In addition to her parents and her husband, Sue was preceded in death in 2003 by a son, Donald Philip Kramer.

Sue will be cremated and no formal services are scheduled at this time.

Arrangements are under the care of Griffin Funeral Service and Cremation, 396 West St., Pittsboro, NC 27312

Offer Condolence for the family of Susan Humphrey Kramer 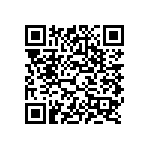