SUE HARRIS KING
Oxford- Sue Margaret Harris King, age 86 a resident of Oxford, died Sunday August 23, 2009 in Granville Medical Center. She was a native of Granville Co. and was the daughter of the late Richard Watts and Lina Deal Harris. Mrs. King was a member of Enon Baptist Church and was a Sunday School Teacher for many years.
Funeral services will be held on Tuesday August 25, 2009 at 4:00 PM in Enon Baptist Church by the Rev. James C. Shelley, Jr. Burial will be in the church cemetery.
Surviving are’ one son Bill King and wife Eva, of Winterville, NC; two daughters, Gay King Stallings and husband Eddie, and Elaine King Morgan and husband Ronnie both of Oxford; a sister, Agnes Harris Tilghman of Texas; a brother Richard W. Harris, Jr. of Oxford; eight grandchildren and one great grandchild.
The family will receive friends Monday, August 24, 2009 from 7:00 until 8:30 PM at the Gentry-Newell & Vaughan Funeral Home. At other times they will be at the home.
Online memorials to www.gnvfh.com , select obituaries.

Offer Condolence for the family of Sue Margaret King 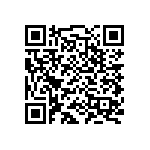