Stuart Vaughan, age 73, died Friday, January 08, 2010 at UNC Hospitals in Chapel Hill. He was the son of the late Rufus Elmo and Frauline Jones Vaughan. He was a member of Enon Baptist Church, where he served as Deacon and Chairman of the Cemetery Committee and was a veteran, having served in the US Army. He was a member and Past Master of Oxford Masonic Lodge 122 A.F. & A.M. and Oxford York Rite Bodies, Sudan Shrine Temple of New Bern, and Granville County Shrine Club, where he served as Secretary. Mr. Vaughan was a former partner and vice president and secretary of Gentry-Newell & Vaughan Funeral Home where he served for 45 years. He was also a member of the Kiwanis Club, Chamber of Commerce and a member and past president of the Granville County Rescue Squad.
Funeral services will be conduct on Sunday, January 10, 2010 at 2:00 P.M. from Enon Baptist Church by the Rev. James C. Shelley, Jr. Burial will follow in the church cemetery.
Surviving is his wife, JoAnn Adcock Vaughan, brother-in-law, sister-in-law, several aunts, uncles and nieces and extended Gentry-Newell & Vaughan families.
Visitation will be held at Gentry-Newell & Vaughan Funeral Home on Saturday, January 9, 2010 from 7:00 P.M. until 8:30 P.M. and at other times at the home.
Flowers are accepted or memorials may be made to Enon Baptist Church cemetery fund, c/o of Buck Adcock, 2115 Tommie Daniel Road, Oxford, NC 27565
Gentry-Newell & Vaughan Funeral Home is in charge of assisting the Vaughan family. For online condolences, go to www.gnvfh.com and select obituaries.

Offer Condolence for the family of Stuart Vaughan 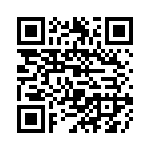