Stuart was admitted to the North Carolina State Bar in 1974. In addition he was a member of the American Bar Association; North Carolina Academy of Trial Lawyers; Commercial Law League of America and the National Association of Retail Collection Attorneys. He also served as legal council for the Duke University students. He was a partner in the law firm of Sessoms and Rogers, P.A.

Stuart and his family were proud of the many accomplishments he achieved during his life. Stuart was named a National Merit Scholar and served as President of the Young Democrats Organization in Durham for two years. In 1978 he achieved the distinction of being named

Offer Condolence for the family of Stuart McGuire Sessoms, Jr. 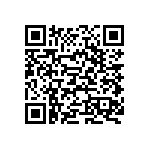