CHAPEL HILL – Steven Walter “Steve” Mitchell passed away peacefully with his family by his side on Sunday, October 2, 2011 after a long and courageous battle with cancer. He was born in Detroit, MI on June 10, 1951, and grew up in Michigan and Ohio. He proudly served in the U. S. Army during the Vietnam War and later graduated with a B.A. in Psychology from Kent State University in Ohio. In 1977, he moved to North Carolina where he worked for a number of companies including ARC, Burroughs-Wellcome and Glaxo-Wellcome, before starting his own consulting business in organization development. He earned an MBA from UNC-Chapel Hill.

Steve especially enjoyed his consulting work, as well as hobbies of analyzing the human spirit, listening to music, boating, fishing and hunting arrowheads. He will be fondly remembered for his ready smile, sense of humor and love of family and friends.

The family will receive visitors at the family residence on Wednesday evening, October 5, 2011 from 6-9pm at 104 Deerfield Trail, Chapel Hill.

Funeral Services will be held 1:30 PM Thursday, at the Newman Center on the UNC- Chapel Hill campus. Burial will follow at Chapel Hill Memorial Cemetery.

In lieu of flowers the family suggests a donation to a charity or organization of your choice.

Offer Condolence for the family of Steven Walter Mitchell 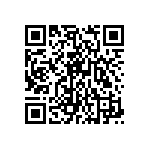