Steven Forris Kimbrough died Tuesday, January 5 from injuries sustained in an automobile accident. He was born November 7, 1958 in Birmingham, Alabama. He began school in Princeton, NJ, but moved with his family to Germany when he was twelve years old. Steven attended both German and American schools in Bonn and excelled in his studies and athletics. After completion of high school, he entered Duke University, as did his brothers Timothy and Mark. With majors in German and Art Design, Steven graduated summa cum laude in 1980.
After graduation from Duke, he became a resident of Cedar Grove, NC, where he lived until his death. Over the past few years Steven served as an administrative assistant at Cedar Grove United Methodist Church and for the newly built fish farm on Lonesome Road in Cedar Grove.
Though he lost a leg as a youth, Steven learned to ski again on one leg with outriggers and was a Cross Country Skiing medalist in the 1979 Handicap Olympic National Championships.
Steven was a gifted linguist and ardent supporter of many aspects of Native American life and community. He was also a talented artist, whose drawing of the fossil, Aegyptopithecus, a major link in the evolutionary chain, was published in the New York Times and Time Magazine. His poem “Forty Days and Forty Nights” was published in 2009 in the songbook of global songs and activities for children, Put Your Arms Around the World. Music was also one of Steven’s passions and for about ten years he played bass guitar in the group, One Real Band, with his brothers, Timothy and Mark, which became quite popular during their Duke University years.
Steven’s first love was family, especially his children. He is survived by a son, Dakotah, a daughter, Savannah; his former wife Kellie of Mebane; his parents, the Rev. Dr. and Mrs. S T Kimbrough, Jr., of Durham and three brothers, David Robinson Kimbrough of Birmingham, AL, the Very Rev. Timothy Edward Kimbrough of Nashville, TN, and Mark Starr Kimbrough of Austin, TX.
The Burial Office with Holy Eucharist will be offered 11:00 AM Saturday from the Church of the Holy Family, 200 Hayes Rd. Chapel Hill. The vigil and reception will be held 7-8:30 PM Friday in church. Private cremation will follow the funeral.
In lieu of flowers contributions may be made to a children’s education for Steven F. Kimbrough’s children, Dakotah and Savannah, via check / money order payable to “T. E. Kimbrough” with the memorandum “Kimbrough Children’s Fund.” Mail to the fund at 21 Susanna Drive, Durham, NC 27705, or make a direct deposit at any Bank of America branch to the account “T. E. Kimbrough, 2370 1771 5339.” Arrangements are with Hall-Wynne Funeral Service & Crematory.

Offer Condolence for the family of Steven F. Kimbrough 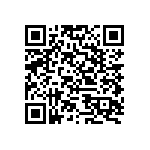