Stella Maris Araneda passed away on July 6, 2015, at the age of 74 after a courageous struggle with pancreatic cancer. She was born and raised in Rosario, Argentina. Stella was a beautiful person with many admirers throughout her life. Stella was intelligent, feisty, charming, and loved the arts. She was a wonderful, warm, supportive, and protective mother and grandmother. She was a published poet, accomplished visual painter, and avid gardener who enjoyed traveling around the world. She was a Duke University graduate and for many years, worked at Duke University Undergraduate Admissions in Durham, NC. She later worked at Blue Cross and Blue Shield in Chapel Hill, NC, where she took early retirement. Her retirement job was as Marketing Director and Interpreter at Araneda & Stroud Immigration Law Group in Raleigh, NC.

Stella is, and will be, greatly missed by all her family and friends. A memorial service will be held 2 p.m. Friday, July 18th at The Chapel of Hall-Wynne Funeral Services, 1113 W. Main St., Durham, NC. Flowers will be accepted or memorial contributions may be made in her name to: St. Jude Children’s Research Hospital, 501 St Jude Place, Memphis, TN 38105. Online condolences at www.hallwynne.com.

Offer Condolence for the family of Stella Maris Araneda 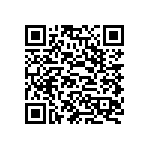