He was preceded in death by his father, Stanley Joseph Mihelick Sr. and his mother, Anna Marie Osolnick Mihelick. He is survived by his wife Barbara Mae Mihelick, brother John Mihelick, his son Douglas Mihelick, his daughter Kristin May, and three grandchildren.

He attended Ohio University in Athens Ohio. He was a member of the Beta Theta Pi fraternity. While at Ohio U, he met and married Barbara Mae Smith of Canton, Ohio. He graduated from Ohio University with a BSIE in mechanical engineering.

Upon graduation in 1952, he accepted a position at Goodyear Tire & Rubber Company, but first served an ROTC commitment in the United States Air Force, serving as an electronic countermeasures officer with the rank of 1st lieutenant. He flew 26 combat missions during the Korean conflict. He received the Air Medal, the National Defense Service Medal, the Korean Service Medal, and the United Nations Service Medal.

In 1954, he purchased a home in Cuyahoga Falls, Ohio, and began his career with Goodyear. He served in manufacturing planning, manufacturing supervision, and corporate planning assignments at the Akron, Ohio headquarters. In 1968, he was transferred to Gadsden, Alabama, to serve as the plant manufacturing manager of Goodyear’s largest tire plant. In 1971, he was transferred to Freeport, Illinois, where he became plant manager of the Kelly Springfield tire plant in Freeport.

Throughout his life, Stan was dedicated to his family, friends, and many projects and charitable causes. His life was an example of integrity, leadership, friendship, and faith.

Online condolences may be given at www.hallwynne.com. Select Obituaries.

Arrangements for Mr. Mihelick are under the care of Hall-Wynne Funeral Service and Cremation, Griffin Chapel, 396 West Street, Pittsboro, NC 27312.

Offer Condolence for the family of Stanley Joseph Mihelick, Jr. 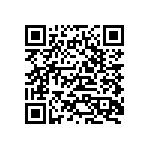