Stan was born in Hattiesburg, MS and moved to Alabama at a very early age. He met and married his wife, Judy there and they were married in Birmingham, Alabama on Sept 9, 1967.  Stan proudly served his country in the Air Force in the early 70’s. He obtained a master’s degree from Auburn University and was employed by Corning Glass Works and Lenox China; where he retired from.  Stan was an active member of the Rotary Club and a member of Oxford United Methodist Church.

Stan is survived by his loving wife of 50 years, Judy Hulsey; his daughter, Laura Nee and her two children, Ana and David of Baltimore, MD; his son, Eric Hulsey and his two children, Stewart and Mary Helen of Raleigh, NC; and his sister, Sherry McFarland of California.

In lieu of flowers, donations may be made to Oxford United Methodist Church.

Visitation to be held at Oxford United Methodist Church on Sunday, July 1, 2018 at 2:00 pm with a service to follow at 3:00 pm at the Church officiated by Rev. Jenny Wilson.  Inurnment to follow at Oxford UMC Columbarium.

Offer Condolence for the family of Stanford “Stan” Owen Hulsey 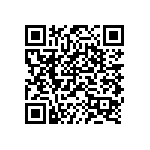