DURHAM, NC – Srinivas Aravamudan, professor of English and former dean of the humanities at Duke, died on Wednesday. He was 54.

Aravamudan, a scholar of 18th-century British and French literature and postcolonial literature, was also a champion of the humanities, committed to nurturing and promoting their role in contemporary society. At Duke, his leadership included serving as director of the John Hope Franklin Humanities Institute, as dean of the humanities and as director of the Humanities Writ Large initiative.

“I knew I would be changed as a person within the first few moments of meeting Srinivas,” said Valerie Ashby, the dean of Duke’s Trinity College of Arts & Sciences. “He taught me great deal about the humanities. He was such a gracious person, and such a humble champion of the humanities. He had an immense impact on Duke through his leadership at Duke through Humanities Writ Large and his work at the Franklin Humanities Institute, and nationally through his leadership of the Consortium of Humanities Centers and Institutes. He made a difference, helped us all to care about what matters, and he will be deeply missed.”

Before arriving at Duke, Aravamudan received his Ph.D. at Cornell University and taught at the University of Utah and the University of Washington. He joined the Duke faculty in the fall of 2000, teaching in the English and Romance studies departments and the literature program.

Aravamudan also published several prize-winning volumes on 18th-century and postcolonial literature. His book “Tropicopolitans: Colonialism and Agency 1688-1804” won the Modern Language Association’s outstanding first book prize in 2000. In 2005, he published a new edition of William Earle’s antislavery romance “Obi: or, The History of Three-Fingered Jack.” His award-winning book “Enlightenment Orientalism: Resisting the Rise of the Novel” was published in 2012. He was at work on several additional volumes, including a book on the history of the university.

“We are very sad to have lost a greatly esteemed colleague, a delightful, playful and witty friend, and a leader of vision and compassion,” said Sarah Beckwith, a professor of English and religion who chairs the English department. “Srinivas served the department, the college, and the wider national and international constituencies of humanities centers with passion, dedication and a great sense of joy and fun. Our hearts go out to our dear colleague, Ranji Khanna, and to all of Srinivas’ family.”

Aravamudan’s wife, Ranjana Khanna, is a professor of English, women’s studies and literature at Duke.

“Srinivas made extraordinary and influential scholarly contributions amounting to whole-scale re-orientations of the field of 18th studies, post-colonial studies and the history and theory of the novel, one of literature’s most inventive, capacious and enduring forms,” Beckwith added. “He brought his great intellectual gifts and his leadership skills together to unusual and marked effect.”

Offer Condolence for the family of Srinivas Aravamudan 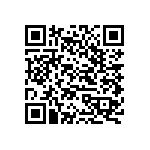