DURHAM – Sophie Eloise Daniel, 55, passed away January 8, 2010 at the Duke Hock Pavilion in Durham, NC after a courageous and brave battle with cancer.

She spent most of her childhood in Durham, NC. She was a 1973 graduate of Jordan High School, a 1973 Debutante, and a 1977 graduate of UNC-Chapel Hill. Upon graduation, she worked for the State of NC in the library system of UNC-Chapel Hill for about 10 years. She relocated to the Washington DC area where she attended Gallaudet University. In the DC area, she worked for various non-profit groups and the State of Maryland as a vocational rehabilitation counselor. She entered civil service federal employment working for the Department of the Army as an equal employment opportunity specialist. In this capacity, she worked for a year in Wurzburg, Germany. She retired on disability from the Federal Government in 2008 after her cancer diagnosis. She sought treatment for her cancer at MD Anderson Cancer Center in Houston, Texas where she lived for about 16 months. She knew no one when she moved to Texas but met many wonderful people who helped her in various ways as she went through various cancer treatments.

Sophie loved to travel and traveled extensively in Europe during her employment in Germany. She was a seeker of knowledge, inquisitive about the world around her and pushed herself to participate in as many life experiences as she could. Her favorite pastimes were collecting books and knitting. She belonged to various knitting groups.

Sophie was a member of Epworth United Methodist Church in Durham and a member of the DAR chapter in the Washington, DC area.

A memorial service will be offered at 2 PM on Saturday, January 16, 2010 in the sanctuary of Epworth United Methodist Church, 3002 Hope Valley Road, Durham, NC. The Reverend Hope Vickers will preside.

Family will receive friends in the Fellowship Hall immediately after the service.

Arrangements for the Daniel family are under the care of Hall-Wynne Funeral Service. Memorials may be submitted online at www.hallwynne.com, select obituaries.

Offer Condolence for the family of Sophie Eloise Daniel 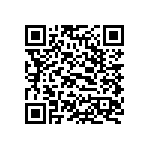