Deon graduated from Durham High School in 1965, and went on to attend UNC-CH, where in 1969 he earned a degree in Secondary Education. Deon was a Math Teacher and Assistant Principal at Northern High School in Durham for 32 years. He also served as a Driver’s Ed Teacher. Deon loved spending time with his grandchildren & family. He grew up as a member of Angier Ave Baptist Church, & was most recently a member at The Summit Church (formerly Homestead Heights Baptist Church).

A Celebration of Life will be held at Braggtown Baptist Church on Wednesday, March 8 at 1:00 pm. There will be a visitation reception following the service. Braggtown Baptist is located at 3218 N Roxboro St. in Durham. In lieu of flowers & in honor of how much Deon loved food, please find a time in the next month to ‘Pay it Forward’ at your favorite restaurant. The arrangements are under the care of Hall-Wynne Funeral Service. Online condolences: www.hallwynne.com.

Offer Condolence for the family of Simon Deon Mobley 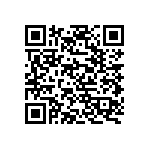