Sidney Minor Cutts, Jr. of Oxford passed away on June 3, 2010 at Sunrise Assisted Living of Raleigh. He was a native of Granville County and the son of the late Mr. and Mrs. Sidney Cutts. Sid was active in his community serving on the boards at CCB, now SunTrust, the Central Children’s Home of Oxford, the Granville County Cattlemen’s Association and Oxford’s Profit and Loss Club.
Sid attended Davidson College where he played football. He transferred to Wake Forest college and while there achieved rank as officer in the U.S. Army. After graduating from Wake Forest, Sid went on to work for Burlington Industries as Human Resources. Following his years with Burlington, he continued in the area of Human Resources working as a consultant with many companies around the state. He retired in 1970 to concentrate on raising Black Angus cattle and developing land. Sid developed a restricted community in Granville County known as Salem Farm I and II. He was a cattleman, investor, storeowner, and landlord just to name some of his many interests.
Mr. Cutts is survived by a son, Sidney Minor Cutts, III, wife, Julie of Henderson, their children, Taylor Cutts, Beau Cutts and Bryles Cutts; a daughter, Cameron Cutts Pendergraft, husband, Steve and their children, Mary Catherine Church, husband, John, William Hancock, Madison Hancock and two step grandchildren, Stephen and Elijah Pendergraft. He is also survived by his sister, Dorothy Cutts Gabriel of McLean, Virginia and by his first wife and mother of his two children, Catherine Church of Pinehurst. In addition to his parents, Sid was preceded in death by his second wife, Shelby Bullock.
Funeral Services will be held at Oxford Baptist Church on Sunday, June 6, 2010 at 2:00 PM by Rev. Dr. Steve Bolton. Visitation will be held at Gentry-Newell & Vaughan Funeral Home on Saturday evening from 7:00 PM until 8:30 PM and at other times the family will at the home in Salem Farms.
Memorial contributions may be made to Oxford Baptist Church.
Gentry-Newell & Vaughan Funeral Home in Oxford is in charge of assisting the Cutts family. For online condolences go to www.gnvfh.com and select obituaries. 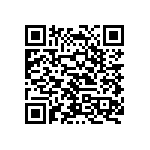