Shirley Nelson Brinkley, 65, died on Sunday, November 27, 2011. Shirley was born in McIntosh County, Georgia to George and Alma Beecher Nelson, Sr. on July 25, 1946. She was preceded in death by brother Avery Nelson and her nephew Darryl.

Shirley was a loving mother and friend to anyone that she had the opportunity to come in contact with. Shirley attended Darien High School in Georgia and later attended Durham Community College where she was an honor student. Shirley worked in Durham at Duke University Medical Center from where she recently retired. She also worked at Lakeshore Golf Course as well as Hartman’s Steak House for 14 years. Her hobbies included gardening, painting santa’s, cooking for family and friends and most of all playing golf. Shirley thoroughly enjoyed the time she spent coaching softball as well as basketball. “She was a loving woman that would do anything to put a smile on the faces of her family and friends.

A graveside service will be held in Georgia from The Nelson Family Cemetery.

Flowers are acceptable or memorial contributions in Shirley’s name may be made to the American Cancer Society 8300 Health Park, Suite 10. Raleigh, NC 27615.

Offer Condolence for the family of Shirley Ann Brinkley 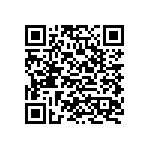