Sheila Ruth Bohn Anderson passed away peacefully at home on June 29th, 2018, at the age of 71. She was born September 19th, 1946 in Dubuque, Iowa, to Robert H. Bohn, Sr. and Eileen Lanaghan Bohn.  After graduating from Marycrest College in Davenport, Iowa, with a degree in Medical Technology in 1968, she worked in laboratories in Atlanta, Chicago, and Europe, where she met Captain Ray C. Anderson. They were married in 1975 at St. Irenaeus in Clinton, Iowa, the same church in which her parents were married. They lived in Texas, South Dakota, Germany, where her son was born, and Kansas, where her daughter was born.

Upon settling in Durham, North Carolina, after her husband’s retirement from the military, she spent much of her time and energy raising her two beautiful children and volunteering at their schools. In her free time, she would keep her mind sharp by watching Jeopardy and doing crossword puzzles. In her later years, she began a second career as an elementary school assistant teacher, before retiring.  She loved to attend baseball games and shows at the DPAC. She was a faithful Catholic and member of St. Matthew Catholic church since the second mass ever held in 1990.

Sheila was preceded in death by her mother, father, and older brother, Robert H. Bohn, Jr. She is survived by her husband of 43 years, Ray; older sister, Katherine McCann of Clinton, Iowa; younger brother Gerald Bohn of Griffin, Georgia; son Nathan Anderson of Boston, Massachusetts; and daughter Laura Anderson of Durham, North Carolina. Sheila will also be forever remembered by her numerous nieces, nephews, and extended family and dear friends.

Sheila’s life will be honored with a Catholic mass on Thursday, July 5th at 1:00 p.m. at St. Matthew Catholic Church in Durham. Family will receive friends beforehand at the Church beginning at 12:30 p.m. The Rite of Committal will follow in St. Matthew Catholic Cemetery, with a reception in the parish hall. Flowers may be sent to Hall-Wynne funeral home in Durham, North Carolina.

Offer Condolence for the family of Sheila Bohn Anderson 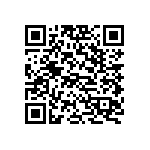