Sharon Jean LaDuke, 68, passed away peacefully surrounded by her family on Thursday, September 15, 2016. She was born on June 30, 1948 in Detroit, Michigan.
Sharon was a loving mother, sister and aunt. She loved life and lived it to the fullest. She was a partner with Jaffe, Raitt, Heuer & Weiss in Southfield, Michigan until she retired in 2008. Sharon was a world traveler, avid reader and loved to play tennis. She doted on her cats who gave her great comfort. She had a great impact on everyone she met.
She was preceded in death by her father Frank Clarence Lis, mother Kathleen Joanna Lis, and brother Frank Edward Lis. She is survived by her son and wife, Ryan and Kristen LaDuke of Durham, her sister Deborah Lis of San Diego, Ca and her sister Dorothy Lis of Jackson, Mi. She was a beloved role model for her nieces and nephews.
A mass will be held at 11:00 AM Saturday, September 17, 2016 at St. Francis of Assisi 10000 Leesville Rd Raleigh, NC 27613.
In lieu of flowers memorial contributions can be made to the Pulmonary Fibrosis Foundation
230 East Ohio Street, Suite 500 Chicago, Illinois 60611-3201 or online at http://pulmonaryfibrosis.org/ways-to-give/donate-now.

Offer Condolence for the family of Sharon LaDuke 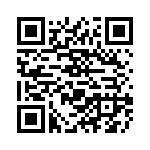