Born July 11, 1927 in Muskegon, Michigan to Seth LeMoyne and Agnes (Brustad) Warner, he was educated in Muskegon public schools and entered Yale University in 1945. After three semesters at Yale, Seth enlisted in the U. S. Army for 18 months. His military service was entirely at Camp (now Fort) Lee, VA, where his primary responsibility was to replace a Civil Service employee in ensuring the proper maintenance and storage of Army medical records made at the base. He was discharged as a technician 4th grade (sergeant) in 1948. Upon discharge, he joined the Army Reserve Unit. He was later transferred to the newly created Air Force Reserve when the Air Force was formed, was called up for duty in East St. Louis when the Korean War began, but was honorably discharged when he failed the Air Force physical exam, owing to poor eyesight. Seth returned to Yale, from which he graduated with philosophical orations and highest departmental honors in mathematics in 1950, and in addition became a member of Phi Beta Kappa and Sigma Xi. He received an M. A. in mathematics from Harvard University in 1951. Under a grant from the National Science Foundation, Seth spent 1951-52 as a visitor at the University of Nancy, France. Returning to Harvard, he received a Ph.D. in mathematics in 1955.

Dr. Warner joined Duke University in 1955 as a research instructor in mathematics, became professor in 1965, and served 11 years as departmental chairman before retirement in 1995. His area of research involved very general situations in which the notions of addition and multiplication were present along with the notion of a limit of a sequence of numbers. He published 33 research articles and 2 texts, Topological Fields and Topological Rings. In addition, in 1954 he published a two-volume text on modern algebra, reprinted in 1990 by the Dover Press.

An accomplished organist, Seth studied under H. Frank Bozyan while at Yale, under Melville Smith while at Harvard, and under André Marchal during both years in France. In the spring semester of 1955 at Harvard, he played each Sunday morning for services held for prisoners in the nearby state reformatory. He also “demonstrated” (played but not to recital perfection) Duke Chapel’s Flentrop organ each Thursday from 12:30 to 1:30, beginning shortly after its installation in 1978.

On June 16, 1962 in Durham, Seth married Susan “Emily” Rose, daughter of Marion Simon and Susan Rose. Emily was a 1960 graduate of Vassar College and the recipient of a Master of Arts in Teaching degree from Duke in 1961.  She taught civics at Carr Junior High School and later, American history at Jordan High School.

Having never exercised since finishing Army basic training, in the spring of 1971 Seth entered the Faculty Fitness Program, offered by the Physical Education Department of Duke, became a runner, and eventually a marathoner. His best time was 2:59:24, at age 52 at Fort Bragg. He continued to run on trails in Duke Forest, including the Al Buehler Trail each morning the weather permitted, until 2015.

Surviving are his children, Susan (Benjamin) Nance of Nashville, TN, Sarah (Michael) Burdick of Durham, and Lawrence (Genevieve Marjoribanks) Warner, of London England; his grandchildren, Emily and Sarah Nance, Aidan, Claire, and Lily Burdick, and Sebastian and Eloise Warner; a sister, Elizabeth Ingell, of Jackson, MI, and his beloved caregiver Rachel Russell and her husband, Joe, and children Natalie, Margo, and Charlie. He was predeceased by his wife, Emily, December 13, 1999.

A requiem Eucharist will be offered 11:00 AM Saturday, May 27 from the Chapel of the Cross in Chapel Hill. A reception in the fellowship hall will follow.

Gifts in Seth’s memory may be made to Duke Forest Improvement Fund, maintaining the trails on which Seth ran for over 40 years, http://dukeforest.duke.edu/giving-opportunities/  or the Chapel of the Cross.

Offer Condolence for the family of Seth L. Warner 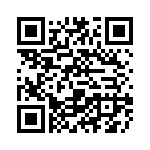