Sean was born on May 17, 1997 in Bergen County, NJ.  He was raised in New Bern, NC, where he enjoyed playing soccer.  He relocated to Chapel Hill with his family, where he graduated from Chapel Hill High School in 2015.  Upon his graduation, Sean had moved to the Asheville area, where he had just settled in Canton, NC.

In addition to his parents, Sean is survived by his brother, Robert, of Chapel Hill; grandparents, Sheila & Jim Kelly; and several aunts, uncles, and cousins.

Offer Condolence for the family of Sean Michael Pierrard 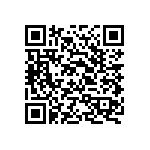