Sarah Rhodes Craver, 82, died Sunday, May 4, 2014 at The Arbor @ Galloway Ridge. She was born in Charlotte, North Carolina on February 21, 1932, the second of two daughters to George Nicholson Rhodes and Virginia Bell Rhodes. She was always known as “Sissy”. Sissy was raised in the Charlotte area, but attended St. Mary’s School in Raleigh, N.C. and graduated in 1950. She then attended Queens College. In 1951 she married Sam Wyndham Craver, Jr. of Charlotte. Sissy was a devoted wife, mother, and grandmother. She was a dedicated volunteer, especially in her Episcopal parishes and with the Junior Leagues of Charlotte and Roanoke. She also enjoyed playing bridge, flower arranging, landscaping, travel, and entertaining. She was very fond of taking the family to her mother’s vacation home in Blowing Rock, where they spent many happy times with family and friends. Sissy and Sam lived primarily in North Carolina, but resided in the Roanoke, Virginia area from 1974 – 1984. Sissy loved the rich history of the state of Virginia, especially the Blue Ridge Parkway. Soon after Sam’s retirement in 1987, they moved to their vacation home in Blowing Rock, and also spent time at their condominium at Wrightsville Beach. Children and grandchildren visited frequently in the mountains and at the beach, providing many fond memories for Sissy and Sam. They spent their final golden years at Galloway Ridge at Fearrington, a retirement community in Pittsboro, N.C. They still traveled to Blowing Rock for the Blowing Rock Charity Horse Show and to the beach. Sissy will always be remembered as loving, gracious, friendly and loyal to family and friends.

Sissy is survived by her son and daughter-in-law Sam and Sally Craver of Roanoke, Va., son and daughter-in-law Rhodes and Ann Craver of Durham N.C., and daughter and son-in-law Ashley Craver and Howard Rice of Durham, N.C. Her grandchildren are Stephen Craver of Charlotte, Sarah Craver of Cary, N. C. and John Craver of Houston, Texas.
In lieu of flowers, donations in Sissy’s memory may be made to Galloway Ridge – Residents’ Reserve Fund, 3000 Galloway Ridge, Pittsboro, NC 27312 or to Blowing Rock Charity Horse Show, 1500 Laurel Lane, Blowing Rock, NC 28605
We also wish to thank the dedicated staff who cared for Sissy at The Arbor and at Duke Regional Hospital. They were such a blessing to Sissy and her entire family.

Offer Condolence for the family of Sarah “Sissy” Rhodes Craver 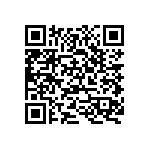