DURHAM- Sarah Elizabeth “Betsy” Julian Tally of Durham passed away August 13, 2015 at Hock Family Pavilion. Betsy was born on January 1, 1926, the youngest of four children and the only daughter of Lloyd Alexander Julian and Ada Beaver Julian.

Betsy was a lifetime member of Trinity United Methodist Church and was awarded a lifetime membership in the Society of Christian Service, where she served as treasurer for two years. She also collected and delivered food for Urban Ministries, and volunteered with the Woman’s Circle 10. She retired from American Tobacco Company after 40 years of service in the main office.

A Service of Death and Resurrection will be held 1:00pm Saturday, August 15, 2015 at Trinity United Methodist Church with the Rev. Taylor Mills officiating. 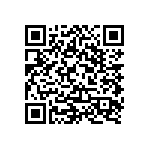