DURHAM – Sarah Ann Robinson Kimbrough was born on October 10, 1930 in Birmingham, Alabama, daughter of a real estate agent, Forris Sylvester Robinson and his wife Eunice Reed Robinson, and died on July 3, 2016 after an extended illness. She studied nursing at Carraway Methodist Hospital School of Nursing in Birmingham and after certification as a Registered Nurse, she became an Instructor in Nursing at Jefferson Hospital in the same city. She also attended Birmingham Southern College where she met her husband to be, S T Kimbrough, Jr. They married soon thereafter and upon his graduation moved to North Carolina where he became a graduate student at Duke University Divinity School and minister of the Hillsborough Methodist Church in Hillsborough, NC
While he pursued Ph.D. studies at Princeton Theological Seminary (Princeton, NJ), she completed a Bachelor of Arts degree at Rider University in Lawrenceville, NJ. Her studies included applied and visual arts, history of art and educational methods involving the use of the arts. She also studied Applied Arts at Princeton University with George Ortman, Artist in Residence, and developed skills in sketching and oils, water colors, and other media.
In 1970 with her husband and four sons David, Timothy, Steven, and Mark, she moved to Bonn, Germany, where S T became a leading baritone of the Bonn Opera Company (Theater der Stadt) and a guest professor of comparative religion at the Kaiser Wilhelm University of Bonn. While employed as the Teen Director for the American Embassy in Bonn, Sarah conducted numerous Graphic Arts Workshops for youth, a USA Support Activity of the American Embassy in Bonn. Later she was employed as Assistant to the Pastor and Administrator of The American Protestant Church there.
In Germany she began to explore the use of polyester resins as the ground for painting with oils, acrylics, and watercolors and produced her first relief paintings in a three-dimensional style working both on canvas and on wood. The International Women’s Group of the American Embassy Club provided one of the first opportunities to exhibit her earliest works.
Upon returning to the United States in the 1980s she pursued a Master of Arts degree at Princeton Theological Seminary (Princeton, NJ) and was able to continue developing the relief style of painting, but she also expanded her work to the flat-surface use of pastels. Sarah works were exhibited at Princeton’s Nassau Club, numerous libraries throughout New Jersey, Duke University, Ocean County Medical Center, and the American Cancer Society. In addition, her works were accepted in many juried exhibitions in the US and abroad and shown in galleries, institutional, and corporate settings. She was a member of the Ocean County Artists’ Guild, Manasquan River Group of Artists, and Monmouth Arts Foundation, Inc.
From 1980 to 2008 she and her husband were resided in Bay Head, NJ, where her husband once served as minister of St. Paul’s United Methodist Church (1962–1966). In 2008 they moved to Durham, NC. She is survived by three sons: David (wife, Sheila) of Birmingham, AL; Timothy E. (wife, Darlene) of Nashville, TN; Mark S. (wife, Kristi) of Houston, TX; and nine grandchildren: Joshua (wife, Katie), Caleb (wife-to-be Marlee), Hannah, Dakotah and Savannah (children of her deceased son Steven F.), Shannon (husband, Raymond), Turner, Bailey (husband, Brent), and Madison, and one great grandchild, Leighton.

A funeral service will be held 11:00am, Saturday, July 16, 2016 at the Church of the Holy Family. Inurnment will follow in the columbarium.
Memorial contributions may be made to the Church of the Holy Family, with “Refugee Ministry” in the memo line, 200 Hayes Road, Chapel Hill, NC 27516.
The Kimbrough family is under the care of Hall-Wynne Funeral Service. Online condolences; www.hallwynne.com; select obituaries.

Offer Condolence for the family of Sarah Ann Robinson Kimbrough 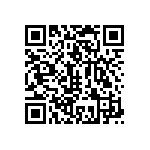