She was born Sarah Randolph Adams on December 8, 1937, at her grandmother’s home in Bluefield, West Virginia to Charles Henry Harry Adams and Mary Katherine Higginbotham. Soon afterwards, they returned to the Adams’ home in Kingsport, Tenn., where Harry was a pharmacist. Sarah lived there with her family until she left for college in 1955. Sarah loved Tennessee, and told her children that she wanted her ashes to be scattered in the Smoky Mountains.

At Dobyns-Bennett High School in Kingsport, longtime friend Lucy Crymble Morse remembers a classmate who wrote features for the Indian Tribune student newspaper. “It amazed me what she could do with words — take something that I could finish in three sentences and have a page of wonderful prose.”

College began at Agnes Scott in Decatur, Georgia and ended with honors in journalism at the University of North Carolina-Chapel Hill. At Carolina, she was one of the founding members of their chapter of Kappa Kappa Gamma.

After college, and a brief stint in Atlanta, Sarah headed north to Boston. Barbara Apple Pittman remembers living with Sarah and two others in a dilapidated house behind the Harvard Law School. They shared one bedroom, one bathroom, a Chinese red piano in a large dining room and a huge kitchen. The law students upstairs had a pet boa constrictor that often slithered downstairs to visit. Those years were filled with laughter and fun memories.

“Such a beauty Sarah was with a gorgeous Tennessee complexion,” Barbara said. “My father called her the Kingsport filly.”

In 1966, Sarah met the man who would become her husband, editorial cartoonist Draper Hill, at a party in Boston.

Sarah and Draper moved to Memphis shortly after their second child was born in 1970. Sarah loved everything about Memphis, making dear friends and giving generously of her time to make a positive impact on the city, a passion that continued for the rest of her life.

When her husband Draper was hired as editorial cartoonist at The Detroit News, the family moved to Washington Road in Grosse Pointe City. While raising her family was her priority, Sarah also became an active member of the community and parishioner at Christ Church Grosse Pointe, where she served on many committees as well as the vestry. One of her favorite projects was the Christ Church Antiques Show, which she helped begin in 1984.

Sharon DeHaven often sat with Sarah in church. “Her scintillating intelligence, gracious humor, singular laugh and stylish dress created a picture of my dear friend that I have carried with me through all the years since those days in the late seventies … At some point, we started meeting at the corner of Washington and Maumee and walked in the morning. I miss her.”

Phoebe Wall Howard, a former member of the Christ Church children’s choir, said, “No matter how little sleep you had, no matter how long the practices lasted, Mrs. Hill was always waiting for you with hugs and smiles.”

As in Memphis, Sarah threw herself into the city. Early on, she began volunteering at the Detroit Community Music School, which brought musical instruction and performance to the residents of Detroit. She went on to be active in many organizations that promoted and preserved the artistic community, particularly the Detroit Artists Market, where she served as chairman in the late seventies.

Sarah also loved fashion and beautiful clothes. Her children teased that she was often overdressed. This led to the creation of Blithe Spirit, a fashion line she began with dear friend Audrey Platt that featured wearable art. “Gathering beautiful clothes and jewelry from designers all over the country, she traveled with eight or more suitcases as well as racks all over the U.S. doing shows in friends’ houses and commercial storefronts as far afield as San Francisco, Savannah, Greenwich and Grosse Pointe,” Audrey said. “She was even quoted in Women’s Wear Daily on what would be new in fashion that season. It was part theater, part style and the rest just plain fun.”

Another close friend, Eleanor Marsh, describes Sarah as exceptionally kind to strangers. “She introduced me to friends, taking me under her wing and getting me involved in the Artists Market.” They also worked together on the board of Greening of Detroit and “spent lots of happy hours planting trees in the city.” Eleanor recalled “many an evening at the Hill’s, enjoying Sarah’s superb dinners and lively conversations with an eclectic group of friends ~ such wonderful memories.”

Sarah Hill is survived by her daughter, Jennifer; her son and daughter-in-law, Jon and Erin and their sons Jack and Charlie; and her younger twin siblings Charles Henry Adams Jr. and Mary Adams Parsley and their families.

She was predeceased by her husband, Draper, in 2009.

Offer Condolence for the family of Sarah Adams Hill 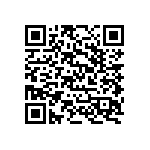