Sara was born on July 16, 1927 in Charlotte and earned her angel wings on May 23, 2016 surrounded by her three loving children and Jay Mize, who was like a son to her.  She was a child of the depression which shaped her entire life and how she loved and cared for her family.

After graduating from Tech high school in Charlotte, Sara began her business career at Parnell Martin. She married Edward M. O’Neal in April 1950 and moved to Durham. She was a pillar in her church community while her children were growing up. Sara supported her husband and children in all their endeavors.

Sara worked on the Durham tobacco market in the early 1960’s paying the farmers for their tobacco. She then became the first Mastercard representative for Central Carolina Bank where she traveled around the triangle and triad regions serving as a Customer Service/New Merchant Sales Representative. She wore the bright orange and gold Mastercard colors. Sara retired from Central Carolina Bank in 1993 in order to stay home and take care of her husband.

Sara is predeceased by her mother, father, brother, and her husband of 54 years, Edward O’Neal Jr.

A special thank you to the caregivers who cared for Sara. Erica Lightbrown Smith, Lorene Mitchiner, Beth Bradford, Lisa Fuller, and Agnes Anyango were always there to give Sara a full day of living and loving in spite of declining health. The family also wishes to express their sincere gratitude to the doctors, nurses, and staff at Duke Hospice-Hock Family Pavilion.

With a strong Christian faith, Sara was a true southern lady—a gracious, warm, generous, welcoming, caring, loving woman who was always ready to lend a hand and who never met a stranger. Not only were her husband, children and family blessed with the gift of Sara as wife and mother, but Sara O’Neal touched the lives of her co-workers, neighbors, and friends with her energy and spirit.

The family requests that any memorial contributions be made to Duke Hospice – Hock Family Pavilion, 4023 N. Roxboro Rd. Durham, NC 27704.

A memorial service was held at 11:00am on May 27, 2016 at Hall-Wynne Chapel and was officiated by Hospice Chaplin Nathan Warn.

Arrangements for the O’Neal family were under the care of Hall-Wynne Funeral Service.

Offer Condolence for the family of Sara Gaither O’Neal 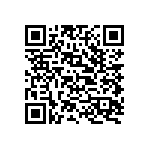