Born in Gates County December 5, 1921, she was a daughter of James Richard Corbitt and Pearl Russell Corbitt. Sara moved to Pittsboro in 1942 following her graduation from Elon College. She taught Home Economics for several years and worked as a Home Demonstration Agent. She worked with her husband at Roberts Jewelry for 25 years and retired after working for Social Services.

Sara enjoyed gardening and was a charter member of the Backyard Garden Club. She enjoyed cooking and entertaining family and friends. She was known as a gracious hostess and everyone enjoyed her home-cooked meals. Sara was an avid reader. She and her husband Dave were 60-year members of a canasta card club, where they enjoyed playing cards and dining with seven other couples. Sara and Dave also enjoyed traveling, visiting several European countries as well as many places in the US and Canada. She was a member of the Pittsboro Baptist Church, the Willing Workers Sunday School Class, the 3’L’s, the VFW Auxiliary and the Eastern Star.

In addition to her parents, Sara was preceded in death by her husband Dave, who died in 2008, and also by her brothers, Fletcher, Richard, Russell and Otis Corbitt.

The funeral service for Mrs. Roberts will be conducted by the Rev. Dr. Tripp Harmon at 2:00 pm Saturday at Pittsboro Baptist Church, with interment to follow in the church cemetery. Friends may visit with the family from 6 – 8 pm Friday at Hall – Wynne Funeral Home in Pittsboro.

Offer Condolence for the family of Sara Corbitt Roberts 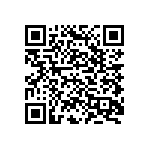