DURHAM – Sara Alice Jackson Hackney died peacefully on Wednesday, March 1, 2017 at Croasdaile Village in Durham of complications from Parkinson’s Disease.
She was born on August 11, 1933 in Wilmington, NC to Jasper Carlton Jackson and Rosa Parham Jackson. She is survived by her husband of 59 years, Eugene W Hackney of Durham, her children Sally Hackney Barley (Steve) of Baltimore, Maryland, Elizabeth Hackney Whitsel (Eric) of Chapel Hill, NC as well as her three grandchildren, Elizabeth Hackney Barley of Washington, DC, Katherine Martin Barley and Anne Carlton Whitsel of Chapel Hill, NC. She is also survived by her brother William Carlton “Buddy” Jackson of Naples, Fla.
Sara Alice grew up in Lumberton, NC, graduating from Lumberton High School in 1951. She attended Hollins College and UNC School of Pharmacy, graduating in 1956. While at UNC, she was a member of Chi Omega Sorority and received many academic accolades, including the Order of the Valkyries and the Algernon Sydney Sullivan Award.
In 1957, she married her classmate and fellow pharmacist, Eugene Hackney, and together they returned to Lumberton, NC to join the family business, Hedgpeth Pharmacy, which they owned and ran in addition to North Elm Pharmacy until 1997.
She was a lifelong member of Trinity Episcopal Church in Lumberton and was active in many community organizations. She served on the Board of the Pharmacy Foundation of NC, was a charter member of the Junior Service League, and was active in the National Society of the Colonial Dames of America.
The family extends great appreciation for the nurturing care from the entire staff of the Pavilion at Croasdaile Village. In lieu of flowers, donations can be made to the Croasdaile Village Benevolent Fund, 2600 Croasdaile Farm Parkway, Durham, NC 27705, Trinity Episcopal Church, 1202 North Chestnut Street, Lumberton, NC 28358 or The Pharmacy Foundation of NC – the Sara Jackson Hackney Scholarship Fund, 194 Finley Golf Course Road, Chapel Hill, NC 27517.
A memorial service will be held at Trinity Episcopal Church in Lumberton, NC on Tuesday, March 7th at 11:00am. A reception will follow in the Parish Hall. An additional service will be held at Croasdaile Village on Sunday, March 5th at 1:30pm.

Offer Condolence for the family of Sara Alice Jackson Hackney 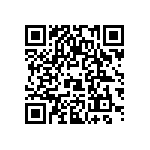