Sandra was born in Chapel Hill, NC, a daughter to the late Floyd J. and Peggy Williams. She worked for the city of Chapel Hill as a Tax Collector for 37 years. In addition to her father, Mrs. Perkins was preceded in death by her brother Jack Williams and her sister Linda Arrington.

Mrs. Perkins is survived by her husband of 37 years. Jimmy D. Perkins, of the home; her sons, Kenny Stewart & his wife, Kathy of Chapel Hill; Keith Stewart & wife Pam of Pittsboro; Steve Stewart of Colorado; her daughter, Lori Todd and her husband Brice of Graham; her stepson, Donald Perkins and his wife, Michelle of Sanford; her stepdaughter, Susan Yoque & her husband, Marco of Siler City; her mother, Peggy Williams of Snow Camp; her sister, Carol Lockwood & her husband Harold of Sanford; her sister-in-law, Jackie Williams of Pittsboro; and five grandchildren.

The family will receive friends from 6-8:00pm, Monday, March 26, 2012 at Hall-Wynne Funeral Service in Pittsboro, NC. Funeral services for Mrs. Perkins will be held in the chapel of Hall-Wynne at 1:00pm, Tuesday, March 27, 2012. Interment will immediately follow in Mt. Gilead Baptist Church cemetery.

Memorials may be made to Liberty Hospice, 1005 Carthage Street, Sanford, NC 27330. Online condolences may be sent to: www.hallwynne.com, select “Obits” then “Current Services”.

Offer Condolence for the family of Sandra Williams Perkins 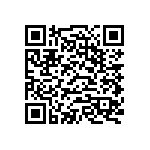