Roland, or RoRo as he was known to his grandchildren, was born on his family’s farm in northern Durham County.  He graduated from Braggtown High School and obtained an associate degree in accounting.  He served in the army.  He was deployed to Germany in the aftermath of World War II and aided in reconstruction.  He worked at the Veteran’s Administration Medical Center in Durham and for several Durham businesses while running the farm he inherited from his father before deciding to pursue farming full time.  He grew up in and lived his life in a close-knit community at a time when you knew your neighbors and being neighborly meant something.

He was a devoted son, brother, husband, father, grandfather, and great grandfather.  He was married to his wife, Marjorie, for 57 years prior to her death in 2018.

He lived a quiet and principled life, without pretension.  He was a humble man of few words, but a man whose actions meant the world to those he loved and cared for.   If asked what his greatest achievement in life was, he would have simply answered “his family”.  He was the steadying force and the guiding light in the lives of those around him.  He worked tirelessly in support of his family and taught his children and grandchildren life lessons and moral standards by deeds and actions, and not by words alone.  He made it all seem effortless.

He enjoyed the simple things in life— a quenching rain on a hot summer evening, a warm wood-fired stove on a cold winter night, and a good meal with southern home-grown favorites after a hard days work.

He grew up in the fellowship of Eno Primitive Baptist Church as a child.   At the time of his death he had most recently attended Edgewood Baptist Church in Durham.  He was a spiritual man who found God in church, on the farm, in nature, with the changing seasons, in the rhythms of life, and with the people he shared his life with.

A funeral service will be held at 11:00 am on Saturday, February 1, 2020 at Edgewood Baptist Church, 1807 Infinity Road, Durham, NC 27712. Burial will follow in Eno Primitive Baptist Church Cemetery.

The family will greet friends from 10-10:45 prior to the service at the church.

In lieu of flowers, memorials may be made to Edgewood Baptist Church, 1807 Infinity Road, Durham, NC 27712.

Offer Condolence for the family of Samuel Roland Stanley 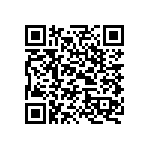