Samuel Rankin Fisher, MD, died on Wednesday, November 25, 2015, with his loving family by his side. He was sixty-five years old.

Dr. Fisher was a Professor of Surgery in the Division of Head and Neck Surgery and communication Sciences at Duke University Health System. He was a member of the American Academy of Otolaryngology – Head and Neck Surgery, the American Rhinologic Association, and board certified by the American Board of Otolaryngology. Internationally renowned for his expertise in head and neck surgical oncology, he also had broad experience in many aspects of Otolaryngology. He was recognized as an expert in the diagnosis and treatment of melanoma of the head and neck. Dr. Fisher published significant research in his areas of interest, which included biochemical action of the membranes in chronic sinusitis and polyposis and the molecular genetic makeup of cancers of the head and neck. He had a thriving and successful practice at Duke for more than 40 years, during which time he helped to train many current head and neck surgeons.

A native of Winston-Salem, NC, “Sammy” graduated from Reynolds High School in 1968, received his B.S. degree from Davidson College in 1972 and earned his medical degree from Duke University School of Medicine in 1975. He completed his surgical residency at Duke Hospital in general surgery, and then specialized in Otolaryngology head and neck surgery.

For those who knew him, Sammy was a Southern gentleman, a true character with a gift for humor. He had a love for life and lived it to the fullest. Sammy was a proud dad and granddad, loyal son and brother. He especially enjoyed the game of golf among his many other interests which included cooking, hunting, fishing and gardening. Sammy was also a member of the Iron Dukes, and truly bled Duke blue.

Visitation will be held from 6-8pm on Tuesday, December 1, 2015 at Hall-Wynne Funeral Home in Durham. A memorial service will follow on Wednesday, December 2, 2015 at 11:00am at Goodson Chapel at the Duke Divinity School.

Offer Condolence for the family of Samuel Rankin Fisher, MD 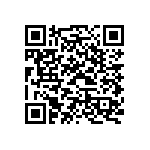