Samuel Nelson Mebane, 88, resident of 7510 Guess Road, Hillsborough, died at his home Tuesday morning. A native of Mebane, he was the son of the late Sidney and Frances Nelson Mebane. He served during WWII in the U.S. Army. Mr. Mebane was employed for 33 years as a master claims adjuster for Nationwide Insurance Company. He has lived here for most of his adult life and was member of Hebron United Methodist Church.

Surviving are his wife of 58 years, Mary Ruth Terry Mebane and several nieces, nephews and cousins.

Visitation will be from 7 to 9 PM Wednesday at Hall-Wynne Funeral Home.

Offer Condolence for the family of Samuel Nelson Mebane 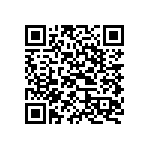