He was born March 19, 1929 to the late Johnny Jones and Bessie Fowler Collins. Mr. Collins is a graduate of Franklinton High School. In 1949, he entered the U.S. Navy. His tour of duties included serving aboard the ATF Yuma, San Diego Amphibious Naval Yard and the U.S. Naval Biological Laboratory in Berkley, California until his discharge in 1953.

After attending Barber College in Durham, he barbered in Roanoke Rapids until he joined the North Carolina Highway Patrol in 1955. His first duty station with the Highway Patrol was Smithfield with subsequent duty stations in Wilson, Raleigh, and Louisburg until his retirement in 1985. He was a member of the Franklinton Masonic Lodge, #123.

Graveside Services will be held at Fairview Cemetery located near the intersection of NC 56 and Chavis Street in Franklinton on Saturday, February 23, 2008 at 2:00 PM.

In lieu of flowers, donations may be made to the Franklinton Masonic Lodge #123, Mason St., Franklinton, NC 27525.

Offer Condolence for the family of Samuel Howard Collins, Sr. 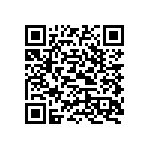