Samuel David Thorpe, Sr., born February 21, 1922 went to be in the presence of his Lord and Savior on May 19, 2011, while a resident of Pittsboro Christian Village, Pittsboro, NC. Born in North Grafton, MA, and raised in Providence, RI, he along with three sisters, Charlotte, Barbara, and May, were raising in a godly Christian home. Sam accepted Christ as his Savior in his late teens just before entering the Army. Upon returning from Germany at the end of WWII, Sam met his wife at a Youth For Christ rally and soon married Harriett Frances Robert.

He trained as a machinist grew in his field to become an accomplished Tool & Die Maker within the textile industry. Upon retirement in 1974, Sam and Harriett moved to Summerville, SC and Harriett, after a prolonged illness, was called home to glory in 1992. Sam met Ruby Williams of Durham, NC at the Skylands Bible Conference and they were married in 1994. They resided in Durham until moving to the Pittsboro Christian Village in 2009.

During an active life of service to the Lord Jesus Christ and to their local church fellowship, Sam was a shepherding elder, Bible teacher and preacher of the Gospel. He loved his family and gave his life to the service of his extended spiritual church family as a top priority. His home was a place known for the hospitality of the saints and servants of God.

Sam’s parents, James Richmond Thorpe of Glasgow, Scotland and Mary Porter of Dublin, Ireland, were married in 1920 and while living in Rhode Island, were in fellowship at Pawtucket Gospel Hall and Rochambeau Avenue Gospel Hall. While raising his young family, Sam attended Elmwood Avenue Gospel Hall which later moved to Warwick, RI, where was one of the founding elders of the new work, Buttonwoods Gospel Chapel. After moving to South Carolina, Sam served as an elder in establishing a new work in near Summerville, Ladson Bible Fellowship. After moving to Durham, he joined his new wife Ruby in fellowship at Grove Park, where he continued for many years in an active Bible teaching ministry.

A memorial service to celebrate Sam’s life will be held at 10 o’clock Tuesday morning, May 24, 2011 in the chapel of Pittsboro Christian Village. Friends may visit with the family from 9 – 10 am Tuesday in the parlor adjacent to the chapel. Sam’s remains will be buried privately beside those of his first wife at Plantation Memorial Gardens in Moncks Corner, SC on Monday.

Online condolences may be registered at www.hallwynne.com, select “Obits and Guestbooks” then “Current Services.”

Arrangements for Mr. Thorpe are under the care of Hall-Wynne Funeral Service of Pittsboro

Offer Condolence for the family of Samuel David Thorpe, Sr. 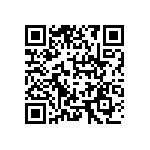