We celebrate the brilliant life of Dr. Samir Khalil, beloved husband, father, uncle, brother, and grandfather, who left this world too soon on August 20, 2019 in Durham, North Carolina. He is survived by his loving wife Wafa, daughter Lara (son-in-law Randy), son Ronny, and grandson Isaac Zayd.

A private service will be held on Tuesday, August 27 for invited family and friends.

Samir was born on July 11, 1943 in Marjayoun, Lebanon to Andraous and Wadia Abou-Khalil. By the age of 14, he worked as a photographer by day to support his family and studied to complete high school at night. His passion for science and his infinite intellectual curiosity fueled his academic journey as he went on to earn his PhD in Biochemistry from Université Claude Bernard in Lyon, France in 1975. Shortly after receiving his degree, Samir was invited by the University of Illinois at Urbana-Champaign to lead original research on plant mitochondria. He used this as an opportunity to propose marriage to his long-time love, Dr. Wafa Hammoud, and together they immigrated to the United States in 1976.

In 1979, Samir accepted a position as an Associate Professor at the University of Miami and relocated his family to Miami, Florida. An early adopter of the personal computer in the 1980’s, he decided to leave the research field in 1990 to open his own computer consultation business, which he owned and operated until 2000. For the remainder of his career, Samir returned to academia, teaching computer science at Miami’s Florida International University. He retired in 2010.

In his retirement, Samir continued pursuing his intellectual curiosities, among them: studying astrophysics, the human genome, history, photography, and birds. He produced posters and short books on many of these subjects and loved to discuss them with visitors to his home. He was an avid reader of science news and literature and was continually fascinated by the complexities and elegance of nature. He also loved to travel, and during his retirement, Samir and Wafa traveled the world. He built an epic collection of photographs documenting their adventures and produced many large photo prints that cover nearly every wall of their home.

Samir was adored by family and friends, with whom he generously shared his exuberance and love. His family was perhaps his greatest source of inspiration and purpose. He loved his wife and children deeply, and moved to Durham in 2014 to be close to his soon-to-be-born grandson Isaac Zayd, on whom he endlessly doted. He died peacefully surrounded and comforted by his family.

Memorial contributions may be made to St. Jude Children’s Research Hospital.

Offer Condolence for the family of Samir Khalil 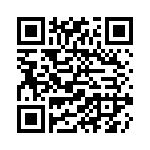