Ryan was born on August 1, 1974 in Raleigh, N.C. He graduated from Millbrook High School in 1993 and continued on to serve in the U.S Air Force where he repaired jet engines at Lakenheath Air Force Base in England for which he received 2 outstanding achievement awards. Because of his expertise in cleaning, he was a highly valued member of the team at McPherson Cleaners in Burlington, N.C. Ryan was a genuine person. His heart was loving and kind. He had a great passion for nature, for music, and for cooking. Some of his favorite times were spent outside sharing his cooking and music with friends. Ryan was a very talented man and could do pretty much anything he set his mind to do. He will be forever missed not only by his family but many dear friends.

Ryan is survived by his parents Karen Callaghan Ganyard of Clayton, NC and Milton C. Ganyard, Jr. of Cary, NC; one sister, Jill Ganyard of Cary; and his grandparents, Milton & Naomi Ganyard of Thomasville, GA. He is preceded in death by his grandparents Robert E. and Doretha C. Callaghan and his step-mother, Karen Whitener Ganyard.

Offer Condolence for the family of Ryan Ganyard 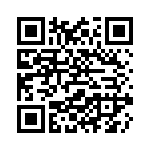