Ruth V. Bennett, 48 of Knightdale, NC and formerly of Pittsburgh, PA, passed away on Wednesday October 18th from complications of Leukemia.  She fought a hard and long battle.

Born February 16, 1969 in Pittsburgh, PA, she was the daughter of Flora Marie Fink and the late Joseph Paul Fink, Jr.  Ruth moved to NC in 1989 with her soulmate and 8-month baby to provide a better life for themselves.  When her youngest started elementary schools, she attended Fayetteville Community College while being employed full time and raising a family.  She graduated in May 2007 with an Associate’s Degree in Funeral Service.  In September 2007, she started her first job in the funeral industry.  It became her passion to service families and help them through their grief process.  It became more than just a job to her. She worked until January 2016, when she was diagnosed with Leukemia and had to stop working.

She is survived by her loving husband whom she has been with since she was 17 years old, Victor G. Bennett.  He was truly her soulmate and she will be greatly missed.  In addition to her husband, she is also survived by her daughters, Nicole Bennett and fiancé Jason Kreger of Knightdale, and Katelyn Bennett of Hillsborough, granddaughter, Brittany Kreger of Knightdale, sister, Jeanine Fink of Durham, brothers, David Fink Pittsburgh, PA, and Joseph P. Fink III of Pittsburgh, PA, nieces, Michelle Moeltz of Pittsburgh, PA, Shannon Taylor of NY, and Gabbie Taylor of Carrboro.

A graveside service will be held at Raleigh Memorial Park on Monday, October 23, 2017 at 11am.

The Bennett family is under the care of Hall-Wynne Funeral Service. Online condolences: www.hallwynne.com, select obituaries.

Offer Condolence for the family of Ruth V. Bennett 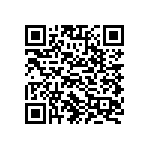