Born July 8, 1915 in Plainfield, NJ, she was a daughter of Walter and Caroline Grant Temple. She was a graduate of Sharon High School in Charlotte, NC. A homemaker, Mrs. Mayer resided in St. Albans, VT, prior to moving to North Carolina.

Offer Condolence for the family of Ruth Temple Mayer 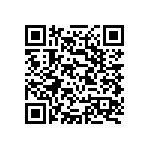