Ruth Smitherman Buchanan, 74, of Durham, North Carolina passed peacefully on August 5, 2019 to be with her Lord and Savior following a many year struggle with Alzheimer’s Disease.

She was born Ruth Elizabeth Smitherman September 20, 1944 in Winston-Salem, NC, the daughter of Clyde Henry Smitherman and Lillian Poindexter Smitherman.

Ruth graduated from Asbury University in 1966. She met her future husband, Bob, in Winston-Salem where he was in medical school. She lived in Greensboro, NC then Richmond, Virginia after graduation where she taught elementary school then returned to marry Bob on August 24, 1968 at the East Bend United Methodist Church.

They lived in Winston-Salem, NC, Nashville, Tennessee and Birmingham, Alabama where Bob completed his medical training prior to moving to Durham, NC in 1974.

Ruth was an active member and leader at Blacknall Memorial Presbyterian Church, where she served as both a Deacon and on the Session. She was active in the Guild and was co-chair of two building campaigns. She participated on two medical mission trips to Haiti.

She was quite active in community affairs and served as co-chair of the first Durham County Heart Ball, was President of the Tourist Club, a member of the Junior League of Durham, worked in Volunteer Services and was a member of many book clubs, bridge clubs and other social groups.

Ruth was energetic, curious and creative. She had a lifelong love for domestic and international travel, tennis, reading and was an avid walker with friends on the Duke Al Buehler trail. She was a passionate gardener and in particular loved her beautiful roses, which she enjoyed sharing with others.

She will be most remembered for her generosity and sharing.  Ruth truly exhibited Jesus in selfless acts of giving to others in need. Those who knew her will always remember her infectious laugh, her joy in living and her smile that was enormous, genuine and was so often seen because she saw beauty, love and happiness everywhere she looked.

The family is most appreciative of the love and care of many, but in particular to Libby Williams, Indel Page, Alamance Hospice, the staff at Carilllon Garden Place, The Seasons at Southpoint (especially Frankie Burgess) and Anne Paulson.

A memorial service in celebration of her life will be held at Blacknall Memorial Presbyterian Church on Saturday August 17, 2019 at 1PM with a reception to follow.

Offer Condolence for the family of Ruth Smitherman Buchanan 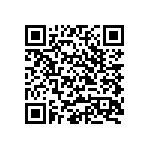