Ruth S. Allen, 94, died Sunday, February 27, 2011. She was born on July 26, 1916 in Franklin County and was the only daughter of the late George Robert Allen, Sr. and Seraphna Strickland Allen. Her only brother, Colonel George Robert Allen, Jr. died March 21, 1997. She retired, in 1982, from a forty-one year career with Carolina Bagging Company, a division of Textron, Inc., Later known locally as Burkart-Carolina.

During her early years, she was active in BPW, Junior Woman’s Club and Henderson Woman’s Club serving as President. She served on the first Zoning Board of the city of Henderson. She was a member of First United Methodist Church and held a life membership in the former Wesleyan Service Guild. She was head of the Primary Department and sang in the adult choir for many years. Later she was secretary and president of the United Methodist Women.

She was a member of Vance County Chapter 142, United Daughters of the Confederacy, serving as vice-president, president, treasurer and registrar. On the North Carolina Division level, she served as chaplain, vice-president, president, recording secretary and director of District Six. She also served three years as a trustee of the UDC Div. Headquarters in Raleigh and two years as chairman. She was a trustee, for many years, of the Confederate Cemetery at Kittrell.

She is survived by two nephews; George Robert Allen, III and his children Leigh Allen and G. Robert Allen, IV and their mother Ann Tomney Allen of Raleigh, Robinson Duff Allen and his children Daniel Thomas Allen and Nicholas Robinson Allen, his wife Julie and step-son Daniel Lee Foster of Fuquay-Varina. Also surviving is a special cousin Carrie A. Wrenn of Granville County and other cousins in NC, SC, GA, VA, FL and CA.

Graveside Services will be held on Saturday, March 5, 2011 at 11 AM from Elmwood Cemetery, Henderson, NC. Rev. George Speake will officiate. A private cremation ceremony was held at the Hall-Wynne Funeral Service Crematory.

In lieu of flowers, memorial contributions may be made to the Scholarship Fund of First United Methodist Church, 114 Church St., Henderson, NC 27536 or to the Confederate Cemetery at Kittrell Fund c/o Julia Bass, 40 Parrott Road, Henderson, NC 27537.

Offer Condolence for the family of Ruth S. Allen 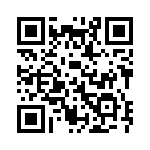