Ruth was born February 19, 1936, in Mahnomen, Minnesota. After graduating from Mahnomen High School she received her Bachelor of Arts degree from the University of Minnesota, and then served for three years with the American Red Cross, both domestically and internationally. Following this service she returned to the University of Minnesota, earning a Masters degree in Social Work. A longtime resident of Durham, Ruth worked at Durham Technical Community College for a number of years and was an active member of Pilgrim United Church of Christ, where she particularly enjoyed singing in the choir.

She was preceded in death by her parents Paul Luhman and Lorraine Menge Luhman, her husband Charles Lewis, her brother Francis Luhman, and her sister Marjorie Gill.

A memorial service will be held at 3:00 Friday, April 4, 2014 at Pilgrim United Church of Christ, 3011 Academy Road in Durham with the Reverend Dr. Ginger Brasher-Cunningham officiating.

In lieu of flowers memorial contributions may be made to the American Red Cross or to the charity of one’s own choosing.

Offer Condolence for the family of Ruth Luhman Lewis 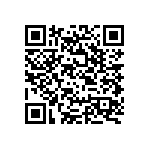