Ruth passed away with her family at her side at the age of 84. Ruth was born in Poughkeepsie, NY where she grew up and attended school.

She was preceded in death by her parents Mr. and Mrs. Ronald Townsend of Poughkeepsie, NY.

In 1946 she married her old flame, Clarence “Bud” Morrison, who was her next-door neighbor years before their marriage and who Ruth always claimed stole her marbles.

Their daughter Debra was born in 1951. After many years residing in Poughkeepsie the family moved to Durham, NC to enjoy the North Carolina climate in 1966.
She volunteered for a time at Parkwood Elementary School helping children who needed her special touch in their school work and life. Ruth was a lifetime member of Southgate Chapter No. 177 Order of the Eastern Star, in Durham, NC. Ruth was a Past Worthy Matron and also held many other stations over many years.

She is survived by her husband of 65 years, Clarence “Bud” Morrison of the home in Cary, daughter Debra O’Neill, so- in-law Jim O’Neill and granddaughter Colleen Elizabeth O’Neill all of Morrisville, NC. Ruth also has two sisters Mrs. Ann Frankie of Hammonds Port, NY and Mrs. Linda Admire of Tucson Arizona.

Arrangements for the Morrison family are under the care of Hall-Wynne Funeral Services. Online condolences: www.hallwynne.com, select obituaries.

Offer Condolence for the family of Ruth Louise Morrison 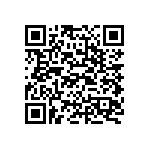