Ruth liked music and enjoyed going to the Wheelhouse on Oak Island, sitting on the deck listening to the ocean and feeling the breeze on her face and in her hair. She had a strong sense of touch and particularly liked touching others and holding hands. She passed peacefully doing what she loved most, holding Mom. Ruth never knew a day without love.

Ruth was preceded in death by her grandparents, Russell and Mabel Griffin of Raleigh and John and Mary Deason of Wilkesboro.

Visitation will be on Tuesday, June 17, from 6:00 until 8:00 PM at Hall-Wynne Funeral Service at 1113 W. Main Street in Durham. A private memorial service will be held in Wilkesboro, NC.

In lieu of flowers, memorials may be made to the First United Methodist Church, PO Box 1145, Wilkesboro, NC 28659.

Offer Condolence for the family of Ruth Elizabeth Deason 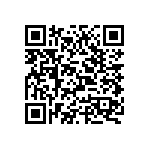