Ruth Bizzell Warren, 90, of Croasdaile Village Retirement Community, died Thursday, August 29, 2013. She was born in Newton Grove, NC on July 2, 1923, the daughter of the late Adlai and Florence Davis Bizzell. She was educated at Newton Grove High School, with honors at East Carolina University then East Carolina Teacher’s College, and did graduate study at The University of North Carolina Greensboro earning a bachelor’s degree in Home Economics and Science. She taught Home Economics at Newton Grove High School in 1942 and moved to Greenville, NC in 1943 to accept a position as an Assistant Home Demonstration agent in Pitt County, NC.

On June 29, 1946 she married the late Clarence Burton Warren in Jarvis Memorial United Methodist Church. They resided in Fayetteville, NC where she taught at Central, Stedman, Hope Mills and Seventy-First high schools. Their son, Robert Burton Warren, was born. The family moved in 1956 to Punxsutawney, PA where Mr. Warren became resident Postal Inspector. Their second son, William Bizzell Warren, was born. In 1957 Mr. Warren was transferred to Norristown, PA, and the family lived there until 1963 when he took a position in Postal Service Headquarters, Washington, DC. The family settled in the Fort Hunt area of Fairfax County, VA where she served as a substitute teacher for many years; was active in community garden clubs including a special interest in Ikebana floral arrangements; and a loyal member of Aldersgate United Methodist Church. In 1999 she and Mr. Warren moved to Croasdaile Village Retirement Community in Durham, NC.

Ruth is survived by two sons, Robert B. of Chapel Hill, NC and William B. of Southborough, MA; three granddaughters, one grandson, and two godchildren; sisters Doris Wilkerson, Raleigh, NC and Louise Edmundson, Havelock, NC; and many other relatives and friends.

Interment will be at Raleigh Memorial Park. September 1 at 2 p.m. A celebration of her life will be held in the Chapel at Croasdaile Village Retirement Community in Durham, NC on Friday, September 6 at 2:30 PM.
In lieu of floral tributes it is suggested that memorials be made in memory of her mother, Florence Bizzell, and sent to Newton Grove United Methodist Church 135 W. Grove St. Newton Grove, NC 28366 or to a charity of your choice. Arrangements are entrusted to Hall-Wynne Funeral Service, Durham. Online condolences at www.hallwynne.com

Offer Condolence for the family of Ruth Bizzell Warren 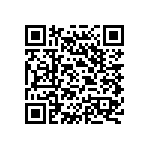