Ruth Ballantyne Smith, age 102, died Friday, October 13, 2006 at the Forest at Duke Retirement Community in Durham. She was born in Waterville, KS to the late Ira Wilbur Hubbard and Lillie Hamilton Hubbard and was the second of two children.

She devoted her professional life to teaching having received her B.S. degree from Kansas State University in 1928, and an M.A. degree from the University of Iowa in 1961. Her teaching career began in a one room school shortly after her graduation from high school and continued as an Elementary & Special Education teacher in the Iowa City school system until her retirement in 1971. She was a charter member of the Iowa City Reading Association and served as a delegate to the World Congress on Reading in Paris in 1966 and Copenhagen in 1968.

While residing in Iowa City, Mrs. Smith was active in the United Methodist Church, the University Club, the American Association of University Women, Delta Zeta, Eastern Star, and the Iowa State Education Association, in which she was a life member. She was a member of the DAR-Peace Pipe Charter.

Graveside services will be held 2:00 PM Monday, October 16, at Riverside Cemetery in Waterville, KS. Friends may visit with the family before the service from 12:00-1:30 PM Monday at Terry Chapel and Funeral Homes.

A memorial service will be held at the Forest at Duke on Saturday, October 28 at
2:00 PM.

Offer Condolence for the family of Ruth Ballantyne Smith 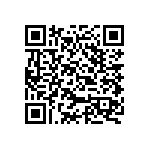