Rudolph A. Gawlik, 93, died Sunday, January 17, 2010 at the Springmoor Retirement Community in Raleigh. Mr. Gawlik was born in Chicago, Illinois where he attended Pullman Tech High School and Wilson Junior College. He worked as a process engineer for the Electromotive Division of General Motors for 37 years before relocating to Raleigh in 1997.
Mr. Gawlik is the last of eight brothers and sisters. Family and friends especially remember Mr. Gawlik’s love of dancing which he enjoyed well into his eighties, his gift for growing flowers which he passed on to his daughter, Judy, and his love of church and family.
Survivors include his wife of 70 years, Anna Gawlik, a resident of Springmoor; their four children: Rudy Gawlik and wife, Mary, of Cheverly, MD; Judy Fitzgerald and husband, Bill, of Raleigh, NC; Joseph Gawlik and wife, Gini, of Montclair, VA; and John Gawlik of Springfield, IL, who has a developmental disability; seven grandchildren and three great grandchildren.
Mr. Gawlik was treasurer of the Retarded Children’s Aid Organization in Chicago and served as Vice-President and President of the Association for Brother James Court, an agency in Springfield, Illinois providing rehabilitation services for men with developmental disabilities.
A Mass of Christian burial will be offered 11:00 AM Wednesday, January 20, 2010 from St. Francis of Assisi Catholic Church in Raleigh. A private cremation will be held at the Hall-Wynne Crematory in Durham after Mass.
Friends may visit with the family one hour prior to the funeral at 10:00 AM in the church and all are welcome to a reception immediately following Mass in the church.
In lieu of flowers, memorial contributions may be made in Mr. Gawlik’s memory to Brother James Court, 2508 St. James Road, Springfield, Illinois, 62707.
On-line memorials: www.hallwynne.com. Select obituaries.
Arrangements for the Gawlik family are under the care of Hall-Wynne Funeral Service, 1113 W. Main St. in Durham.

Offer Condolence for the family of Rudolph A. Gawlik 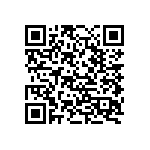