Ruby Thomas Harris, 98, died on Thursday, May 20, 2010, in Duke Hospital. Ruby was born in Chatham County to the late Etta Lenora Seymour and Ira Lester Thomas on March 5, 1912.

Her formal education was limited to the 8th grade in the Durham city schools. Those who were privileged to know her might be amazed by that fact because of all the skills, talents, and abilities she possessed. Her education was cut short due to the tragedy of her father’s untimely death. She was needed at home to care for her brothers and sisters born when her mother remarried Julius Raymond Holleman. Her family was valued and treasured.

Ruby was a member of the First Baptist Church and it was there she met and later married Marvin Doyle Harris after the Sunday morning service on July 26, 1936. This was a marriage that would last over 73 ½ years, ending sadly when Marvin passed away on March 2, 2010.

When Marvin went to UNC to obtain a degree in business Ruby went to work at the BC Remedy Company until he graduated. Together they purchased the Broadway Taxi Company which ultimately became Broadway Yellow Cab and they managed it until their retirement in 1968. They became Airstream travelers in the Wally Byum Airstream Travel Club and their travels took them into all 50 states, Canada, Mexico, and 17 countries in Europe on the 1972 European Caravan.

On this past Mother’s Day she commented clearly on how richly GOD had blessed her life. Her life had been filled with a wonderful marriage and family, the best of friends made through her church, her trailer travels, and finally the friendships formed at home in the Croasdaile Retirement Village.

Her faith in Jesus as her personal Lord and Savior served her well. Quoting from the NIV Proverbs 31:10 says, “A wife of noble character who can find? She is worth far more than rubies.” Her husband called her a gem; and if you had the special privilege of knowing Ruby you found the virtuous woman described in the aforementioned passage.

Ruby is survived by her daughter, Patsy of Newland, NC; her grandchildren, Sara Fisher Tew and her husband, the Rev. Marty Tew of Garland; Susan Fisher and Travis Jones, and great-grandson Jacob Fisher all of Galax, VA. Her family wishes to express their deepest appreciation for the excellent dignity and care that Mother received from the nurses, doctors and staff on the 9th floor of Duke Hospital during her final hours.

A memorial service will be held at 11:00 am on Saturday, June 26, 2010 in the William Preston Few Chapel at Croasdaile Village, 2600 Croasdaile Farm Parkway. Durham. The Rev. Milton Hadley and the Rev. Marty Tew will officiate. A graveside service was held at Maplewood Cemetery on May 22, 2010 with the Rev. Mary Tew officiating.

Arrangements for the Harris family are under the care of Hall-Wynne Funeral Service.

Offer Condolence for the family of Ruby Thomas Harris 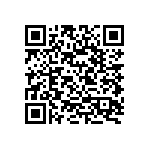