Mrs. Ruby Lee Farrell Clark, 88, of Pittsboro earned her greatest reward on July 31, 2015 when she went to her eternal home in heaven.

Mrs. Clark was born on December 10, 1926 in Chatham County to the late Hugh Ward Farrell and Annie Boone Farrell. She is reunited with her lifelong sweetheart, Walter Reid Clark, to whom she was married for 49 years. She was a dedicated employee working several jobs throughout her life and retiring from Farm Credit. She was also preceded in death by seven brothers; infant Roy Worth, Clayton Farrell, Talmadge Farrell, Earl Farrell, Raymond Farrell, Warren Farrell, and Lawrence Farrell; two sisters; infant Evelene and Catherine Lasiter.

The funeral will be held Monday, August 3, 2015 at 2:00 PM Emmaus Baptist Life Center with Pastor Steve Moore officiating. Burial will follow in the Church cemetery. The family will receive friends Monday, August 3, 2015 from 1:00 PM to 2:00 PM at Emmaus Baptist Life Center and other times at the home of Shannon Clark, 230 Luby Lane, Pittsboro, NC.

Floral offerings are acceptable or donations may be made to Emmaus Baptist Church Building Fund, 2430 Silk Hope Gum Springs Rd., Pittsboro, NC 27312. The family would also like to give a special thank you to the caring staff of Careview Rest Home and Community Care & Hospice of Siler City, NC.

Offer Condolence for the family of Ruby Lee Clark 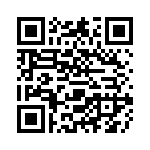