OXFORD:
Ruby Keller Corbitt passed away at home February 25, 2014. She was born in Oxford, NC on May 20, 1915 to parents Emma Orders and Claude Beard Keller. At the age of two, her mother died and her father later married Susie Critcher, who raised Ruby and her beloved brother William Lee Keller.
Ruby graduated from Oxford High School in 1932. She attended the Women’s College of the University of North Carolina in Greensboro, graduating in 1936 with a B.A. degree in biology and was a member of Phi Beta Kappa.
She went to Sunbury, NC after graduation to teach biology and French at Sunbury High School. While living and teaching in Sunbury, she met Rudolph Corbitt whom she married on September 12, 1941 in Oxford, NC.
Ruby and Rudolph lived in Sunbury, NC and Newport News, VA before moving to Oxford, NC in 1950. Ruby and Rudolph became active members of the Kinton Fork Community. She helped her husband to run Corbitt Service Station while raising their two children. She became a member of Hester Baptist Church, where she served faithfully for the rest of her life. She taught several Sunday School classes and served in many positions as a member of the Hester WMU, only stopping in her 90’s. She was also a member of the Oxford Extension Club for many years.
“Mrs. Corbitt” as she was affectionately known to most, was a loving wife, mother and friend to many. Loving life and helping others, she was the oldest member of Hester Baptist Church. Always teaching, she encouraged so many to stop and learn about nature, to recognize the countless wild birds around us, and to take time to help small animals. She loved her country, and truly modeled what a ‘good teacher’ should be.
Surviving family members are her son Robert L. Corbitt, his wife Denise, and her daughter Susan E. Corbitt of Oxford, NC, and her grandson Michael Cutts and his wife Emily of Raleigh,, NC.
Services will be held on Friday, February 28, 2014 at Hester Baptist Church, Oxford, NC by Rev. Alex Gallimore. Burial will follow in the Hester Baptist Church Cemetery.
In lieu of flowers memorials can be made to Hester Baptist Church, WMU Missions Fund, P.O. Box 964, Oxford, NC 27565 or to the Harris Exhibit Hall Renovation, P.O. Box 1433, Oxford, NC, 27565.
The family will receive friends from 1:00 – 2:00 P.M. Friday, February 28 in the Hester Baptist Church Parlor and funeral services will follow at 2pm in the Sanctuary.
Gentry-Newell & Vaughan Funeral Home in Oxford is assisting the Corbitt family. For online condolences go to www.hallwynne.com and select obituaries.

Offer Condolence for the family of Ruby Keller Corbitt 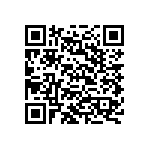